November 13, 2021: Minnesota’s Author Fair in the historic Lowell Inn, in Stillwater. Visit my author table and/or come to my readings.

December 2020: Nadia adds two new author interview programs: “In the Author’s Corner” for Kirk House Publishers, and “Talk to the Author” for Deep Valley Book Festival.” Both programs begin shooting interviews in December and will continue through 2021.

November, 2020: Nadia enters into an agreement with Fox Pointe Publishing to interview their authors on “Where Women Talk.”

September 28, 2018: “Life is Sweet, Savor it: Things I’ve Learned Along Life’s Way.” An eclectic collection of haiku, short poems, musings, quotes and other thoughts by the author, along with photo art.

June 2018: Nadia and Lynn make appearances on two TV shows to talk about WINK: Writers in the Know. First up was our visit with Jennifer Ray on The Pulse. Then a few days later, we appeared on It’s a Woman’s World.

October 24, 2017: That’s Odd TV show’s viewing audience is growing.  Co-hosted by Nadia Giordana and Lynn Garthwaite, the show is on the air in the Minneapolis/St. Paul metro area via LMCC ch 12, SPNN ch 15, and BCAT ch 16, YouTube, and online.

July 2, 2017: WINK: Writers in the Know comes to life. Combining the best of Nadia’s two previous lit mags, Poetry in Motion and Mississippi Crow magazines, WINK promises to be the best yet. Conceived in mid-June, the magazine took shape rapidly, with an overwhelmingly positive response from former contributors and readers. Release date: August 1, 2017.

June 1, 2017: Nadia teams with Lynn Garthwaite to produce and host a new community TV show titled, That’s Odd. Click here to see the latest episode.  TOTV Prime Directive: To seek out life’s little desserts, slices of the lighter side, mini escapes from reality and things that make you say, oh!

January 2017: Nadia joins Michael Rossberg as co-producer for It’s a Woman’s World and Generations where she has been (and will continue as) guest coordinator, co-host, substitute moderator, social media and PR director, webmaster, and floor director/cat herder.

June 28, 2015: Nadia demonstrates how to make Quinoa and Kale Patties on IAWW TV. To see the segment, click here.

October 2014: Nadia makes a guest appearance on Generations (the show dedicated to helping people 50 and better lead happy, healthy, and productive lives). She shares how, after age 60, she developed, hosts, and produces her own community-focused TV show.

May 9-10, 2014:  The Refine Conference for Women, Hilton Airport Inn/Mall of America. Nadia will participate in the panel discussion (Health & Wellness): Challenge, Choice, Courage. Join us as we keep it personal with ourselves, others, and God seeking to REFINE our lives.

November 2013: Nadia is one of the success stories featured in “Unlocking the Secrets of Successful Women” by Joan Kennedy. Released November 13, 2013.

October 2013: Nadia appeared as a co-host on two episodes of “It’s a Woman’s World” at SPNN TV in St. Paul, Minnesota. To watch, click here.

April 30 2013: 50+ Primetime Living Expo – Treasure Island Resort and Casino – Tuesday 1pm-8pm. I’ll be speaking as a guest of Lori Campbell at 1:30 pm and spending the afternoon and early evening in the “Awaken Your AgePotential” booth where my books will be available.

November 27, 2012: WomanVision TV Episode #2 Reclaiming Happily Ever After . Nadia interviews Barb Greenberg, author of Hope Grew Round Me and After the Ball.”  This program will also air on LMCC TV Channel 12.

November 13 and 14, 2012: Nadia is guest speaker at Lori Campbell’s “Awaken Your AgePotential” presentation to healthcare team professionals at Lyngblomsten Services.

September 15, 2012: Spoke about publishing and how to use CreateSpace.com at Women of Words (WOW) Writers Workshop held at the Loft Literary Center in Minneapolis, Minnesota. View a short video clip here.

July 30, 2012: BlogTalkRadio interview along with Lori Campbell on Read My Lips, aka RadioRed. Subject: Being happy and aging well.

This site uses Akismet to reduce spam. Learn how your comment data is processed. 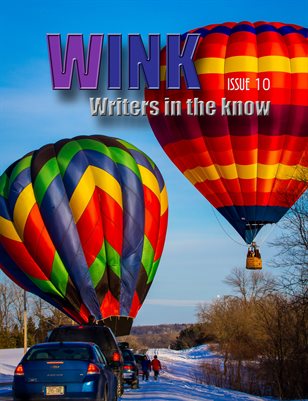